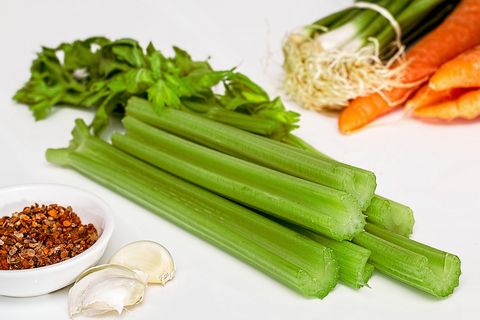 Celery, every part, including the stalks, seeds, and leaves are edible and are rich in nutrients. Celery leaves are often added to soups and stir-fries. Celery seeds present in different forms such as whole seed, ground and extract can give you beneficial health benefits. Crushed celery seeds can be used as a spice. Apiol, an oily compound in celery seeds, contributes to a distinctive flavor and many medicinal uses. Celery is loaded with vitamin B6, calcium, vitamin C, potassium, vitamin A, folate, vitamin K, fiber, and protein.

*Fun facts about celery:
The celery's importance is not only due to its value as a food source but also because of the medicinal and cosmetic benefits that it provides.
Weight watcher love munching on celery stalks. Aside from being extremely low-calorie (10 calories per stalk), it is low in sodium but high in fiber and water content.

Hippocrates, the famous Greek physician who is known as the "Father of Western Medicine," recognized the nerve-soothing capabilities of celery. Modern research proves that the old doctor was right; since celery is found to contain magnesium and essential oils that help regulate the nervous system and have a calming effect.

The crunchiness of celery comes from its tough cell walls that help keep the herb upright. Soaking the stalks in ice water is a very effective way of maintaining crispness.

Celery seeds are used as spice.

The ancient Romans used to wear celery wreaths during a night of drinking to avoid experiencing the effects of a hangover the next morning.
There is a rule of thumb to follow when buying celery: the darker the color of the stalks, the stronger their flavor will be.

In ancient Greece, an athlete who won in a competition was presented with bunches of celery. Celery has androsterone, a hormone that is released by males via the sweat glands that attracts females.
This gives credence to the belief of the ancient Romans that the celery was an aphrodisiac. It is said that the well-known Italian lover, Casanova, ate lots of celery to maintain his stamina.

Italians were the first to use celery as food. The vegetable was one of the ingredients in an old dessert recipe that was unearthed in the island of Pompeii, outlining instructions on how to roast chopped celery in an oven and mixing it with honey and ground pepper.

Celery seeds are so small that only one ounce is needed to plant a whole acre.
*Servingjoy.com 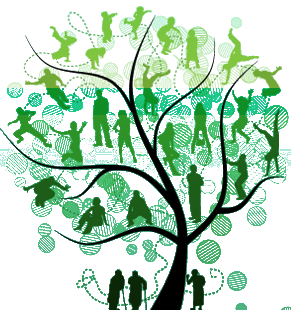